Learn how our cross-platform projects are laid out.

A cross-platform app project that was generated with the MobileUI Android Studio Plugin is a Gradle® project with three sub-projects (or modules). This means, you can work with them in Android Studio like with any other Gradle project.

If you are new to Gradle, you may refer to the Gradle User Manual to learn more about Gradle's Multi-Project Builds that are used here.

The Modules of a MobileUI Project

Note: The app-ios module can only be built on macOS as RoboVM requires Xcode. 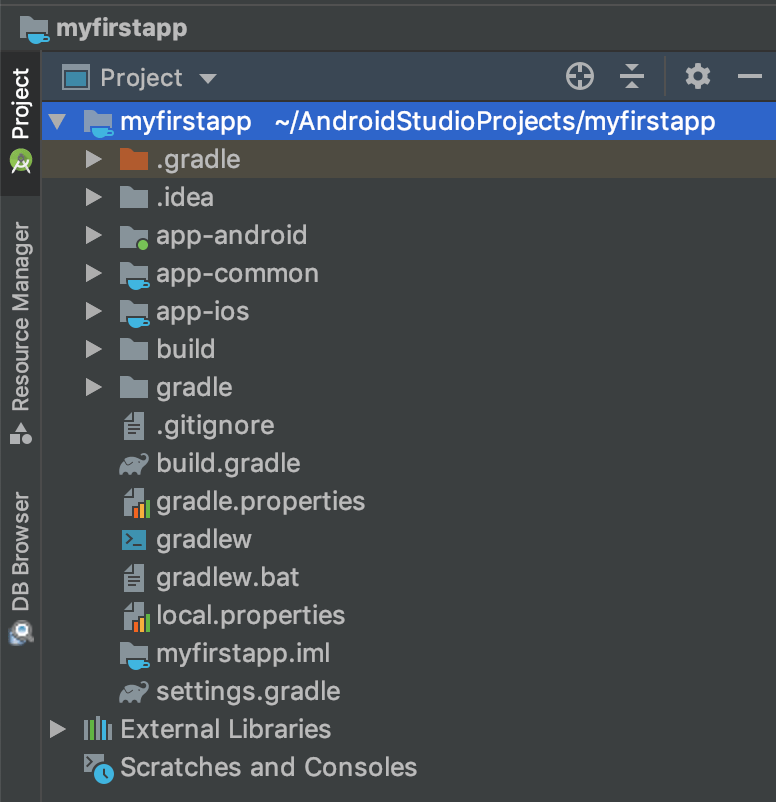